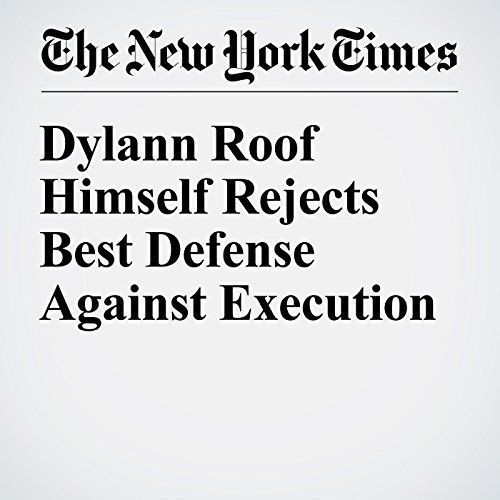 Roof, who plans to represent himself when the penalty phase of his federal capital trial begins Tuesday, apparently is devoted enough to that proposition (or delusion, as some maintain) to stake his life on it. Although a defense based on his psychological capacity might be his best opportunity to avoid execution, he seems steadfastly committed to preventing any public examination of his mental state or background.

"Dylann Roof Himself Rejects Best Defense Against Execution" is from the January 01, 2017 US section of The New York Times. It was written by Kevin Sack and Alan Blinder and narrated by Kristi Burns.