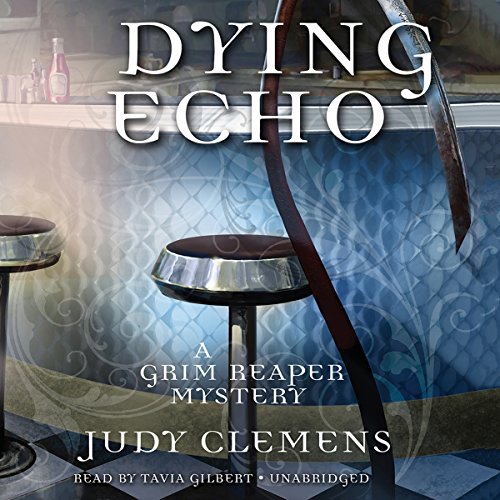 It has been years since Casey Maldonado visited her hometown, and the only reason she’s returning now is to get her brother, Ricky, out of jail, where he sits after being arrested for the brutal murder of Alicia McManus, his girlfriend of several months. Casey believes in her brother’s innocence, but proving that to the cops is a different matter altogether - especially since she has her own murder warrant to worry about.

Perhaps even more frightening than the law is Casey’s confrontation with her personal demons: the home she shared with her late husband and son, the resentment of her mother, and even the presence of Eric, who wants to be more than just a friend.

As Casey and her ever-present companion, Death, investigate Alicia’s murder, it becomes clear that she was not who she claimed to be, from her name to her nonexistent past. Instead of a solid history, she left only questions when she died. Where did she come from? What secrets did she know? And, most importantly, who were the three people she spoke of when Death carried her away?

Casey must sort the truth from the elaborate fiction of Alicia’s life in order to clear Ricky’s name, but as she reveals the woman’s secrets, Casey begins to see just how alike their lives appear. Is Casey destined to an existence as empty and dark as Alicia’s? Or can she overcome the tragedy of her past and move forward into a life worth living?

Judy Clemens is the author of the Grim Reaper Mysteries and the Stella Crown Mystery Series. A former president of Sisters in Crime, she lives in rural Ohio.

One of the best series I have come across

I have read all of the Grim Reaper books. I have loved each one. While reading the books I didn't realize that the books were spread over a 3 week period. This is one of the best and most creative series I have come across in a while. Casey's story has been wrapped up with a satisfying end. There is also a possibility for a new start of a series. This book as well as the rest of the books in the series are well worth the time and the credits.

This is a very entertaining series. I love the characters and the plot. I look forward to the next book.

I hope this isn't the last of the series. Although Death seems to be to-ing and fro-ing with Casey, I don't want Death to go away!

This isn't great literature, but it is a thoroughly enjoyable read and something out of the ordinary.