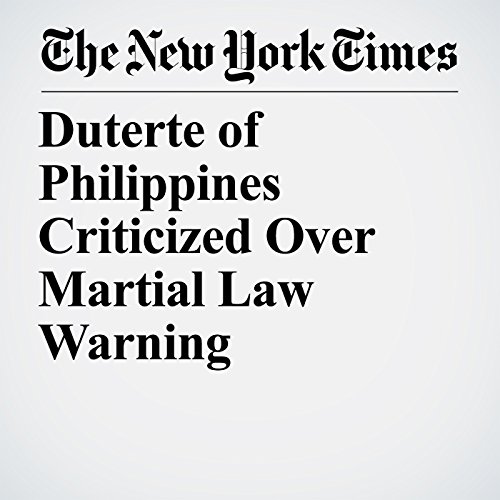 Rights advocates and survivors of the dictatorship of Ferdinand E. Marcos, the former Philippine leader, criticized President Rodrigo Duterte on Monday for saying that he could impose martial law to curb what he has called a runaway drug problem.

"Duterte of Philippines Criticized Over Martial Law Warning" is from the January 16, 2017 World section of The New York Times. It was written by Felipe Villamor and narrated by Keith Sellon-Wright.