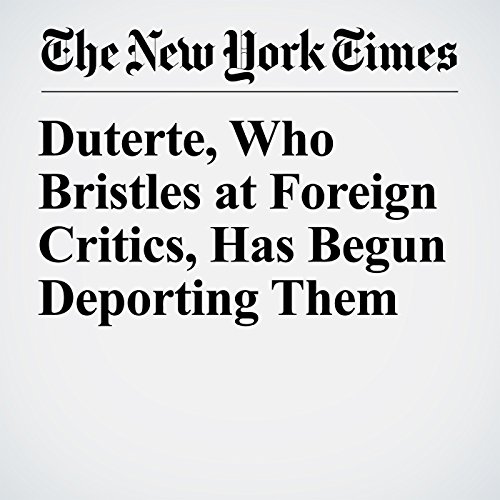 Duterte, Who Bristles at Foreign Critics, Has Begun Deporting Them

MANILA, Philippines — President Rodrigo Duterte of the Philippines, who has chafed at overseas criticism of his strongman style since he was elected to office in 2016, has overseen the deportation or detention of two foreign critics in recent days, taking personal responsibility for the arrest of a 71-year-old Australian nun.

"Duterte, Who Bristles at Foreign Critics, Has Begun Deporting Them" is from the April 20, 2018 World section of The New York Times. It was written by Felipe Villamor and narrated by Barbara Benjamin-Creel.