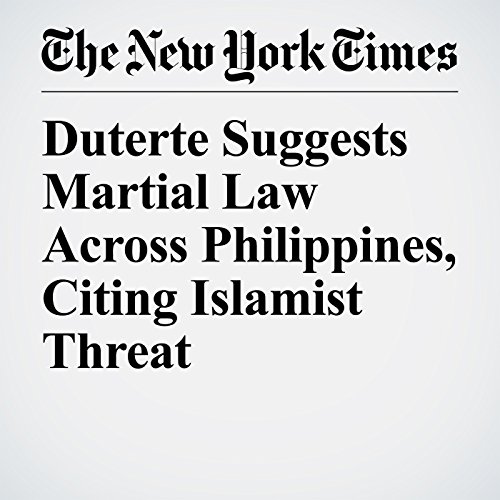 President Rodrigo Duterte warned Wednesday that he may declare martial law throughout the Philippines to deal with the threat of Islamist militancy, making the remarks one day after he imposed military rule on a southern island.

"Duterte Suggests Martial Law Across Philippines, Citing Islamist Threat" is from the May 24, 2017 World section of The New York Times. It was written by Felipe Villamor and narrated by Keith Sellon-Wright.