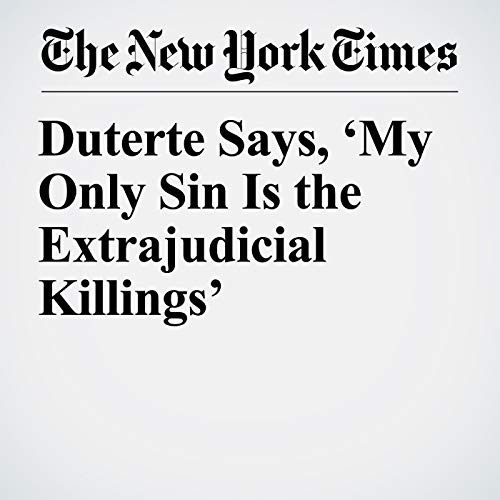 MANILA, Philippines — President Rodrigo Duterte of the Philippines on Thursday said for the first time that extrajudicial killings had happened under his government’s brutal war on drugs, an admission that could bolster two cases filed against him at the International Criminal Court.

"Duterte Says, ‘My Only Sin Is the Extrajudicial Killings’" is from the September 27, 2018 World section of The New York Times. It was written by Felipe Villamor and narrated by Kristi Burns.