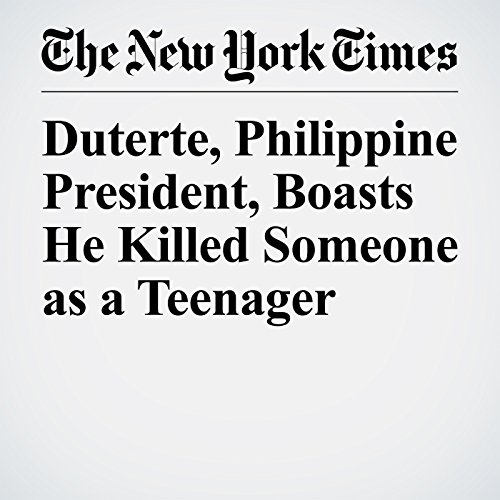 President Rodrigo Duterte of the Philippines said Friday that he had stabbed someone to death when he was a teenager, the latest claim from a leader who has boasted of personally killing people while defending a violent crackdown on drugs.

"Duterte, Philippine President, Boasts He Killed Someone as a Teenager" is from the November 10, 2017 World section of The New York Times. It was written by Megan Specia and narrated by Mike DelGaudio.