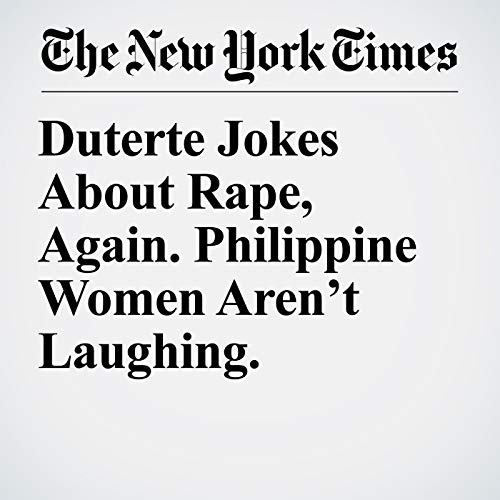 MANILA, Philippines — Women’s rights groups assailed President Rodrigo Duterte of the Philippines on Friday, after he made a crass joke suggesting that rape was inevitable as long as there were beautiful women.

"Duterte Jokes About Rape, Again. Philippine Women Aren’t Laughing." is from the August 31, 2018 World section of The New York Times. It was written by Felipe Villamor and narrated by Barbara Benjamin-Creel.