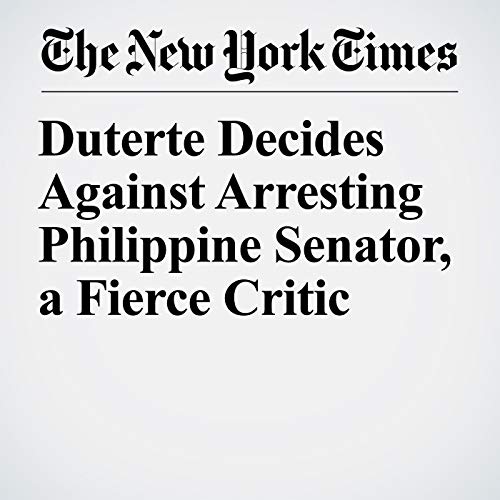 MANILA, Philippines — President Rodrigo Duterte has backed down from his order to arrest a senator who is a leading critic of his war on drugs, his spokesman said Friday, just as the lawmaker was poised to be arrested in his Senate office.

"Duterte Decides Against Arresting Philippine Senator, a Fierce Critic" is from the September 07, 2018 World section of The New York Times. It was written by Felipe Villamor and narrated by Barbara Benjamin-Creel.