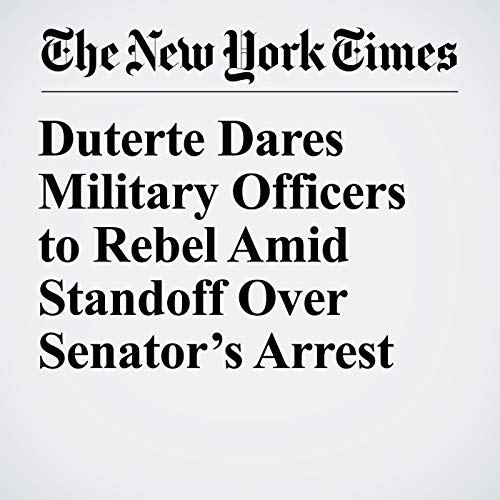 MANILA, Philippines — President Rodrigo Duterte of the Philippines on Tuesday challenged military veterans and serving officers who oppose him to mount a rebellion, a day after the head of the armed forces warned soldiers not to take sides in the president’s standoff with a senator he has threatened to arrest.

"Duterte Dares Military Officers to Rebel Amid Standoff Over Senator’s Arrest" is from the September 11, 2018 World section of The New York Times. It was written by Felipe Villamor and narrated by Kristi Burns.