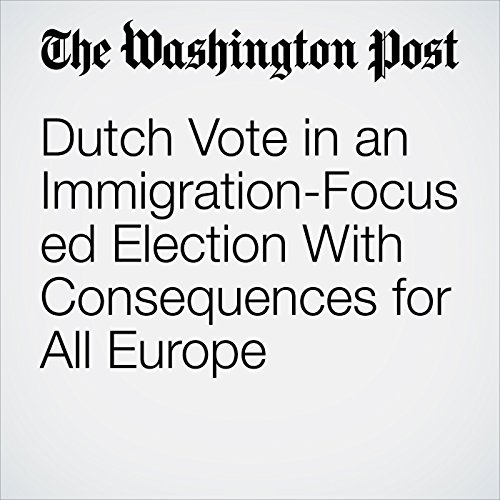 Immigration was the dominant issue of the Dutch campaign, after years of war and misery in the Middle East that swept millions of refugees and migrants into Europe in recent years. Geert Wilders, a fiery fixture of the Dutch far-right who wants to ban the Koran and shutter mosques, topped polls for months, unnerving mainstream leaders in France and Germany who face elections later this year.

"Dutch Vote in an Immigration-Focused Election With Consequences for All Europe" is from the March 15, 2017 World section of The Washington Post. It was written by Michael Birnbaum and narrated by Jenny Hoops.