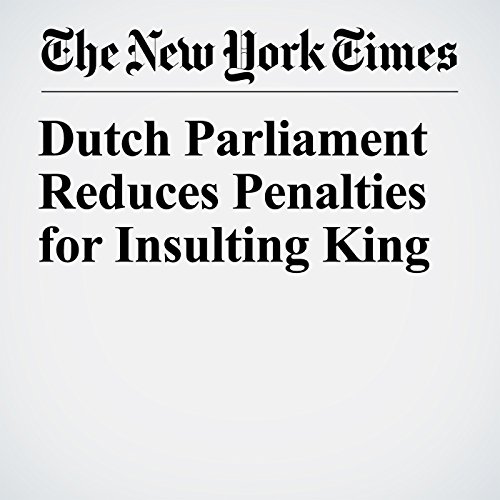 BERLIN — The Dutch House of Representatives voted on Tuesday to strike down a centuries-old law that makes insulting the king and his immediate family punishable by as much as five years in prison.

"Dutch Parliament Reduces Penalties for Insulting King" is from the April 10, 2018 World section of The New York Times. It was written by Christopher F. Schuetze and narrated by Fleet Cooper.