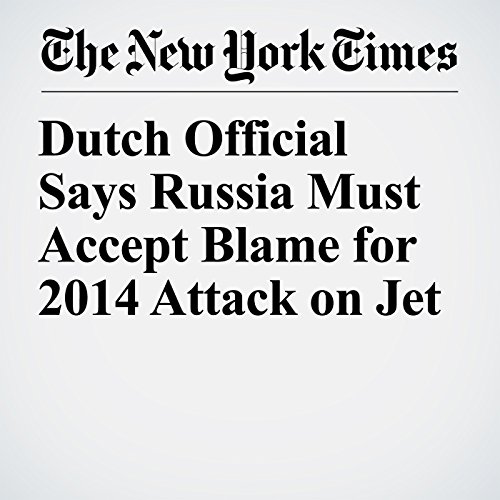 UNITED NATIONS — Days after a consortium of international investigators announced that Russia was the source of a missile that shot down a civilian airliner over Ukraine four years ago, the foreign minister of the Netherlands on Tuesday challenged Russia to “accept its responsibility” for the deaths of 298 people killed in the attack.

"Dutch Official Says Russia Must Accept Blame for 2014 Attack on Jet" is from the May 29, 2018 World section of The New York Times. It was written by Michael Schwirtz and narrated by Fleet Cooper.