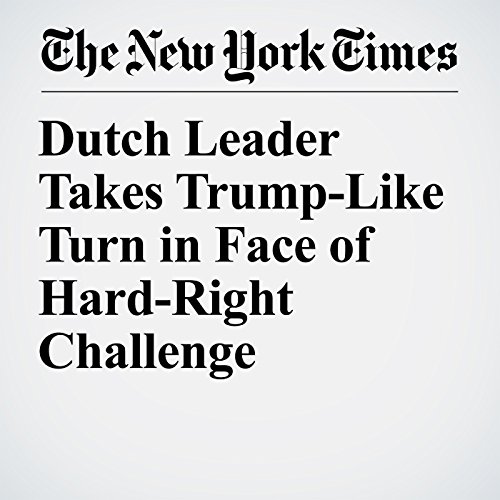 The prime minister of the Netherlands, aiming to head off a challenge from right-wing populists, stunned many Dutch citizens this week with a strategy that could have come from President Donald Trump’s playbook.

""Dutch Leader Takes Trump-Like Turn in Face of Hard-Right Challenge" is from the January 24, 2017 World section of The New York Times. It was written by Ceylan Yeginsu and narrated by Kristi Burns.