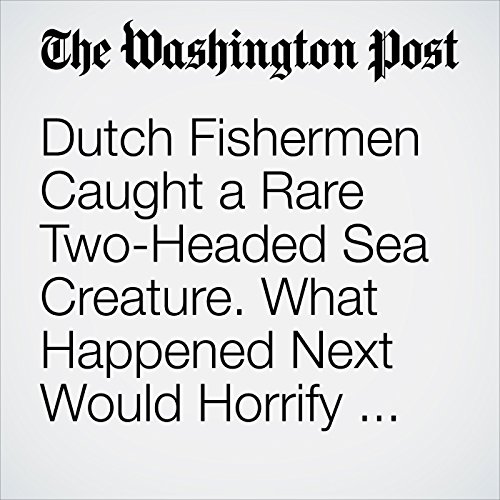 In the cold waters of the North Sea, trawlers catch all manner of unintended things. Garbage, often. Porpoises, sometimes, for the shores of the Netherlands are teeming with hundreds of thousands of them.

"Dutch Fishermen Caught a Rare Two-Headed Sea Creature. What Happened Next Would Horrify Scientists." is from the June 14, 2017 Animalia section of The Washington Post. It was written by Avi Selk and narrated by Sam Scholl.