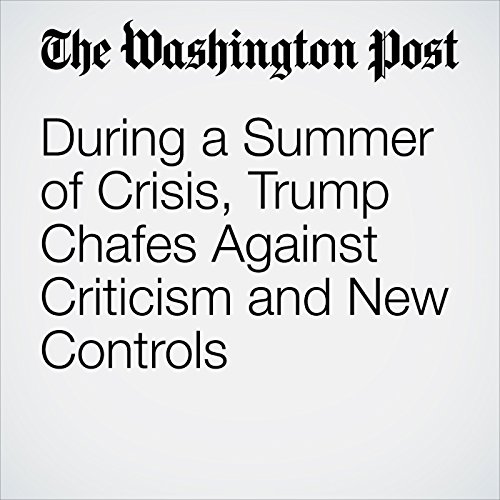 During a Summer of Crisis, Trump Chafes Against Criticism and New Controls

President Trump spent the final days of August dutifully performing his job. He tended to the massive recovery from Hurricane Harvey. He hit the road to sell his tax-cut plan. And he convened policy meetings on the federal budget and the North Korean nuclear threat.

"During a Summer of Crisis, Trump Chafes Against Criticism and New Controls" is from the August 31, 2017 Politics section of The Washington Post. It was written by Philip Rucker and Ashley Parker and narrated by Jenny Hoops.