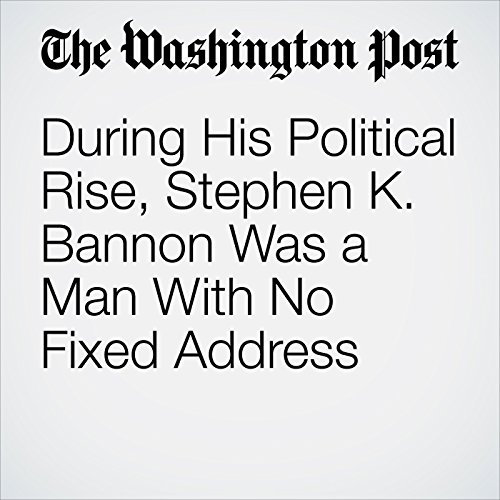 He owned a house and condo in Southern California, where he had entertainment and consulting businesses, a driver’s license and a checking account. He claimed Florida as his residence, registering to vote in Miami and telling authorities he lived at the same address as his third ex-wife.

"During His Political Rise, Stephen K. Bannon Was a Man With No Fixed Address" is from the March 11, 2017 Politics section of The Washington Post. It was written by Robert O'Harrow Jr. and Shawn Boburg and narrated by Sam Scholl.

Cosa pensano gli ascoltatori di During His Political Rise, Stephen K. Bannon Was a Man With No Fixed Address