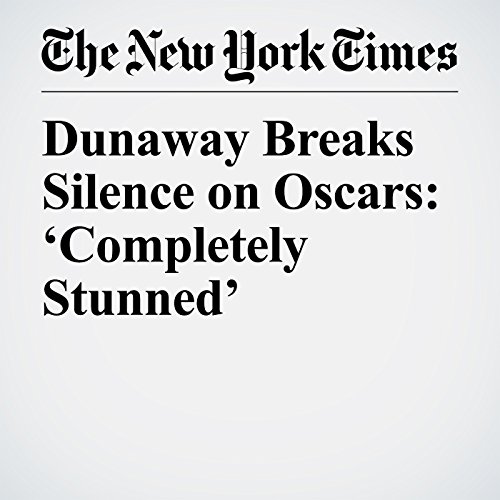 Actress Faye Dunaway broke her silence over the Oscars flub in which she announced that “La La Land” had won best picture, telling Lester Holt of NBC News that she was “completely stunned” and felt “very guilty.”

"Dunaway Breaks Silence on Oscars: ‘Completely Stunned’" is from the April 25, 2017 Entertainment section of The New York Times. It was written by Sopan Deb and narrated by Kristi Burns.