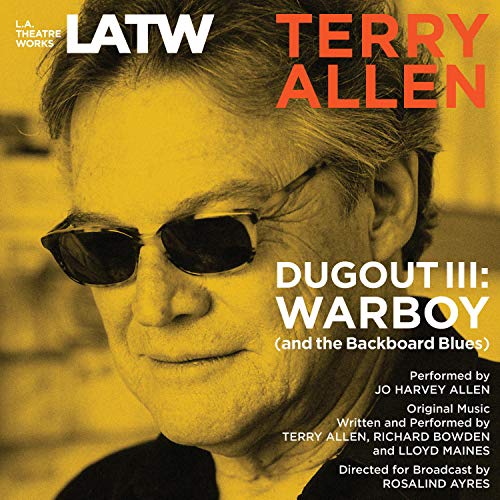 Drawing upon his childhood memories of West Texas, artist, musician, and writer Terry Allen has created this magical, multi-layered evening in the tradition of Southern story-telling. As Allen explains, “Dugout is a love story; an investigation into how memory is invented."

Recorded before a live audience at the Skirball Cultural Center, Los Angeles, in March 2004.

Directed for Broadcast by Rosalind Ayres