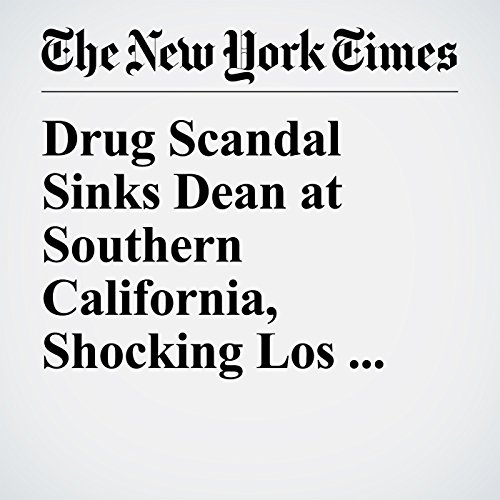 When the University of Southern California lured a world-class ophthalmologist to run its medical school 10 years ago, it was part of a long, concerted effort to transform USC’s image from a school primarily for the children of this city’s wealthy, mostly white, elite with a penchant for partying and football into a major academic research institution.

"Drug Scandal Sinks Dean at Southern California, Shocking Los Angeles" is from the July 25, 2017 U.S. section of The New York Times. It was written by Adam Nagourney and Jennifer Medina and narrated by Kristi Burns.