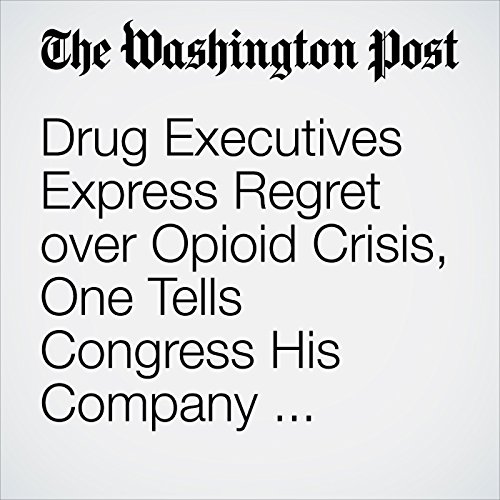 The head of a major pharmaceutical distributor apologized before Congress on Tuesday for not doing more to stop the shipment of millions of powerful prescription opioids to pharmacies in two small West Virginia towns, while another industry leader admitted that his company contributed to the nation’s opioid crisis.

"Drug Executives Express Regret over Opioid Crisis, One Tells Congress His Company Contributed to the Epidemic" is from the May 08, 2018 National section of The Washington Post. It was written by Katie Zezima and Scott Higham and narrated by Sam Scholl.