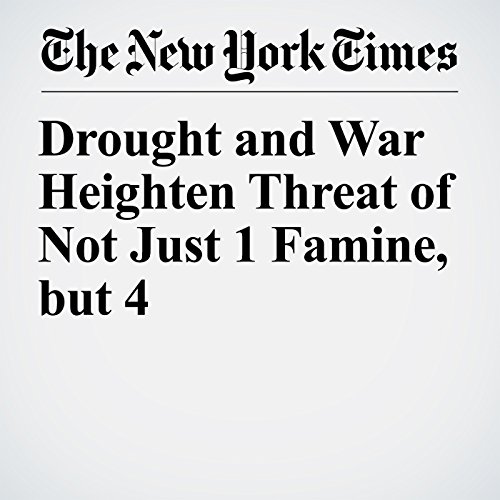 Drought and War Heighten Threat of Not Just 1 Famine, but 4

First the trees dried up and cracked apart. Then the goats keeled over. Then the water in the village well began to disappear, turning cloudy, then red, then slime-green, but the villagers kept drinking it. That was all they had.

"Drought and War Heighten Threat of Not Just 1 Famine, but 4" is from the March 27, 2017 World section of The New York Times. It was written by Jeffrey Gettleman and narrated by Fleet Cooper.