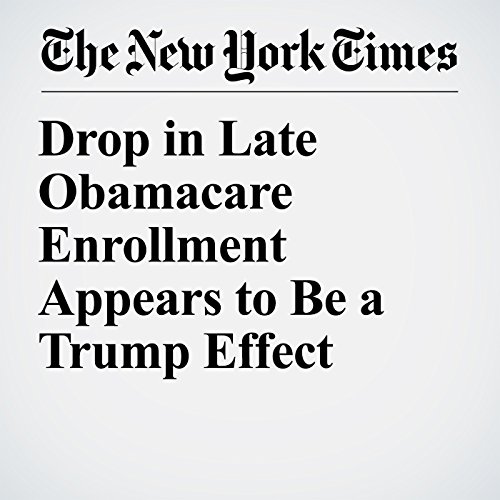 In the waning days of this year’s Affordable Care Act sign-up period, the Trump administration declared war on the health law, releasing an executive order that could weaken its requirements and yanking advertisements and outreach off the air.

"Drop in Late Obamacare Enrollment Appears to Be a Trump Effect" is from the February 03, 2017 U.S. section of The New York Times. It was written by Margot Sanger Katz and narrated by Barbara Benjamin-Creel.