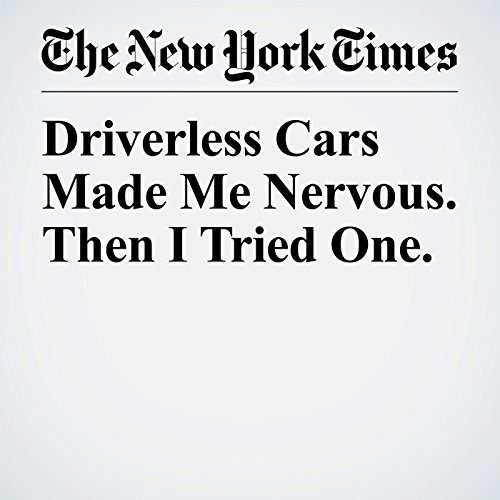 Driverless Cars Made Me Nervous. Then I Tried One.

On my fourth day in a semi-driverless car, I finally felt comfortable enough to let it stop itself. Before then, I’d allowed the car — a Volvo S90 sedan — to steer around gentle turns, with my hands still on the wheel, and to adjust speed in traffic. By Day 4, I was ready to make a leap into the future.

"Driverless Cars Made Me Nervous. Then I Tried One." is from the October 22, 2017 Opinion section of The New York Times. It was written by David Leonhardt and narrated by Kristi Burns.