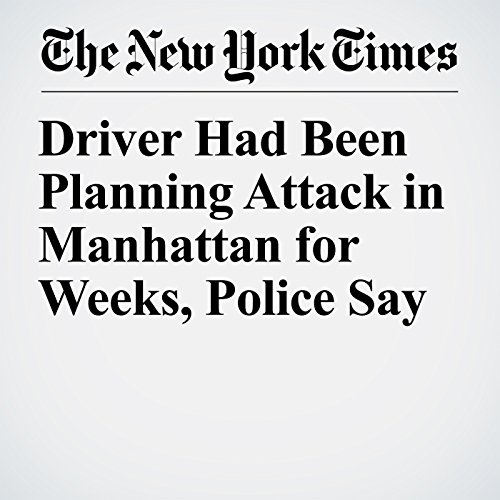 The driver who sped down a crowded bike path in Lower Manhattan on Tuesday, killing eight people and injuring 11, had been planning the attack for weeks and appeared to have connections to people who were the subjects of terrorism investigations, police officials said on Wednesday.

"Driver Had Been Planning Attack in Manhattan for Weeks, Police Say" is from the November 01, 2017 U.S. section of The New York Times. It was written by Benjamin Mueller and Michael Schwirtz and narrated by Keith Sellon-Wright.