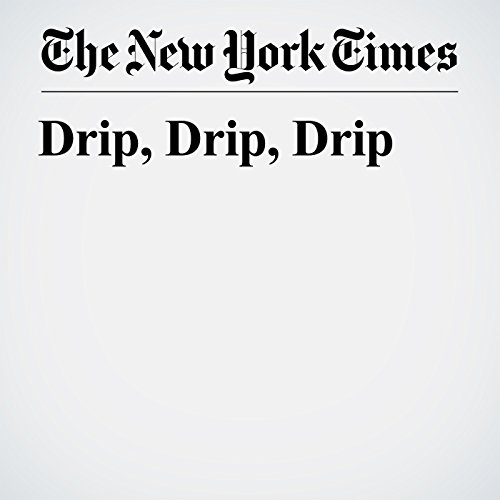 In tweets the president has posted since Flynn’s resignation (or firing — you choose how you want to cast it), Trump has seemed more upset by the fact that Flynn’s lies were leaked and reported than by the original transgression.

"Drip, Drip, Drip" is from the February 15, 2017 Opinion section of The New York Times. It was written by Charles M. Blow and narrated by Caroline Miller.