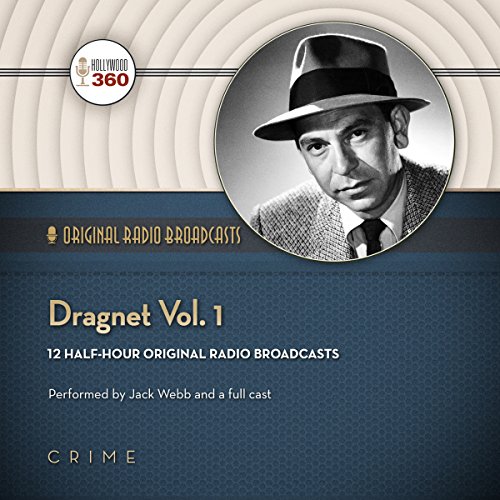 Set in Los Angeles and starring Jack Webb as the stoic Sergeant Joe Friday, Dragnet is perhaps the most famous and influential police procedural drama of all time, having made extensive runs on both radio and television. Webb, also the producer of the show, took the series to new highs, insisting on realism in every facet of the program. The dialogue was clipped and sparse, taking its cue from hard-boiled crime fiction à la Raymond Chandler and Dashiell Hammett. The stories were fast paced but thorough, making sure to chronicle every step of the police work from start to finish. Asa result Dragnet draws listeners deeply in to its world of gritty crime and dedicated cops, guaranteeing an exhilarating audio experience.

sorry it ended. I collect otr and find dragnet to be one of my favorite detective series. I enjoy the way Mr. Webb tells a story.