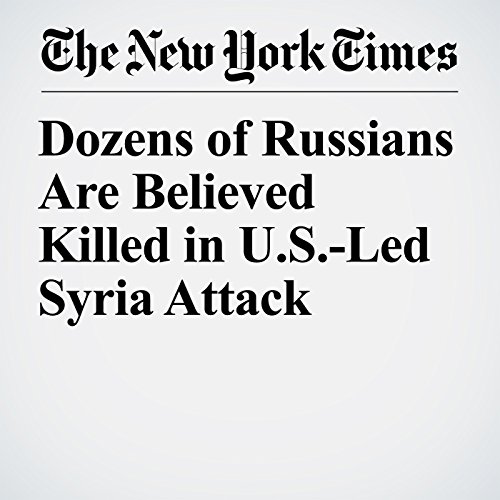 Dozens of Russians Are Believed Killed in U.S.-Led Syria Attack

Four Russian nationals, and perhaps dozens more, were killed in fighting between pro-government forces in eastern Syria and members of the U.S.-led coalition fighting the Islamic State, according to Russian and Syrian officials.

"Dozens of Russians Are Believed Killed in U.S.-Led Syria Attack" is from the February 13, 2018 World section of The New York Times. It was written by Neil Macfarquhar and Thomas Gibbons Neff and narrated by Kristi Burns.