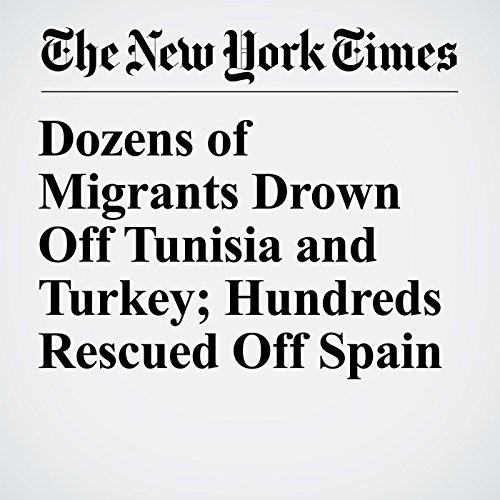 Rescuers said Sunday that dozens of migrants had drowned off the coasts of Tunisia and Turkey, while hundreds had been rescued off Spain, as the flow of people seeking to get to Europe continued despite tightened controls.

"Dozens of Migrants Drown Off Tunisia and Turkey; Hundreds Rescued Off Spain" is from the June 03, 2018 World section of The New York Times. It was written by The New York Times and narrated by Keith Sellon-Wright.