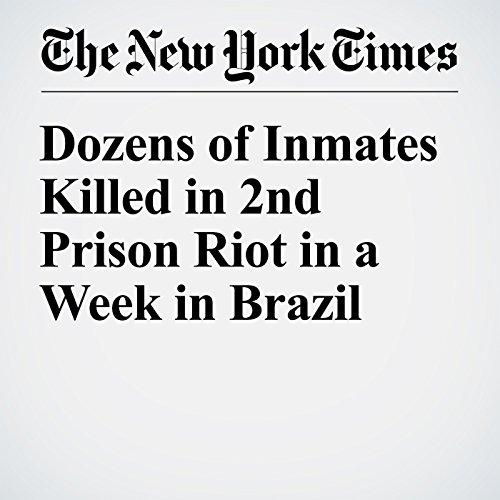 A second prison riot in a week in the Brazilian Amazon left at least 33 inmates dead on Friday in the northern state of Roraima, authorities said.

"Dozens of Inmates Killed in 2nd Prison Riot in a Week in Brazil" is from the January 06, 2017 World section of The New York Times. It was written by Simon Romero and narrated by Barbara Benjamin-Creel.