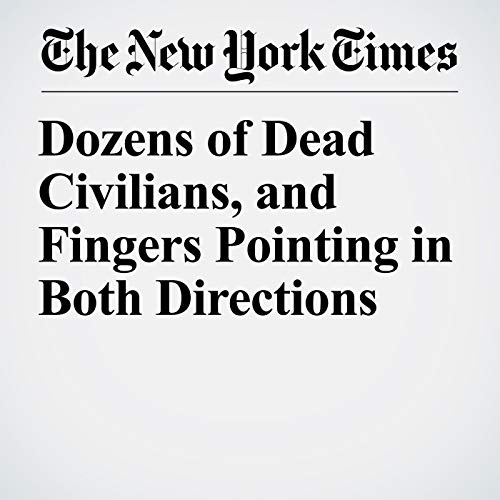 Dozens of Dead Civilians, and Fingers Pointing in Both Directions

HODEIDA, Yemen — A pharmacist, a delivery man driving a motorcycle and a fishmonger. After an eruption of what aid groups have described as indiscriminate violence against civilians in Yemen’s crucial Red Sea port city, one basic fact is clear: 55 people are dead and 170 others wounded.

"Dozens of Dead Civilians, and Fingers Pointing in Both Directions" is from the August 06, 2018 World section of The New York Times. It was written by Mohammed Ali Kalfood and Margaret Coker and narrated by Kristi Burns.