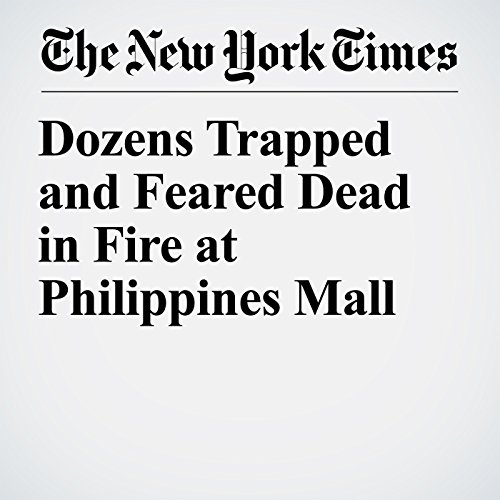 Fire crews battling an enormous blaze that tore through a shopping mall in a southern city in the Philippines, trapping at least 37 people, pulled one body from the building, the mayor said on Sunday. But the vice mayor said there was “zero” chance of survival for the other 36.

"Dozens Trapped and Feared Dead in Fire at Philippines Mall" is from the December 24, 2017 World section of The New York Times. It was written by Felipe Villamor and narrated by Kristi Burns.