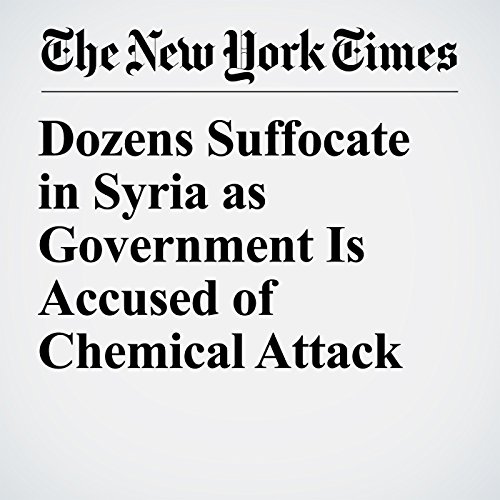 BEIRUT — Dozens of Syrians choked to death after a suspected chemical attack struck the rebel-held suburb of Douma, east of Damascus, and aid groups Sunday blamed President Bashar Assad’s government for the assault.

"Dozens Suffocate in Syria as Government Is Accused of Chemical Attack" is from the April 08, 2018 World section of The New York Times. It was written by Ben Hubbard and narrated by Keith Sellon-Wright.