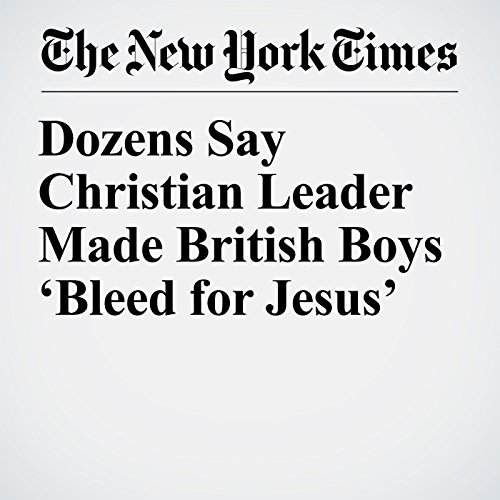 Then came the first blow from a cane, its impact so ferocious that it sent the boy into a state of paralysis that lasted through at least 30 more strokes that left him collapsed on the floor, blood oozing down his legs.

"Dozens Say Christian Leader Made British Boys ‘Bleed for Jesus’" is from the March 04, 2017 World section of The New York Times. It was written by Ceylan Yeginsu and narrated by Barbara Benjamin-Creel.