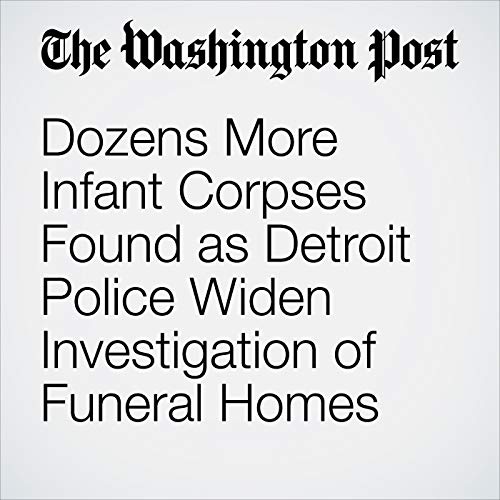 "Dozens More Infant Corpses Found as Detroit Police Widen Investigation of Funeral Homes" is from the October 21, 2018 National section of The Washington Post. It was written by Avi Selk and narrated by Sam Scholl.