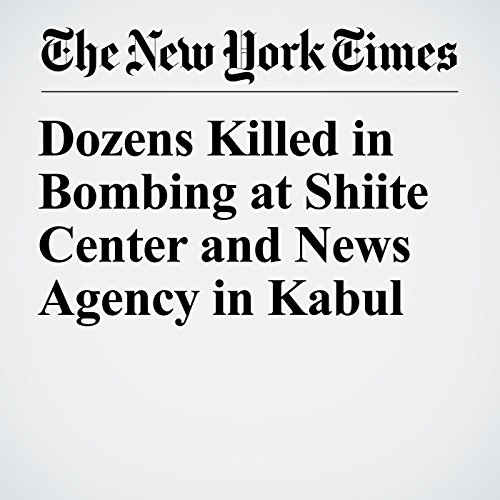 At least 40 people were killed and dozens wounded Thursday in a complex bomb attack that hit both a Shiite cultural center and the Afghan Voice Agency news organization in Kabul, officials said.

"Dozens Killed in Bombing at Shiite Center and News Agency in Kabul" is from the December 28, 2017 World section of The New York Times. It was written by Fahim Abed and Fatima Faizi and narrated by Kristi Burns.