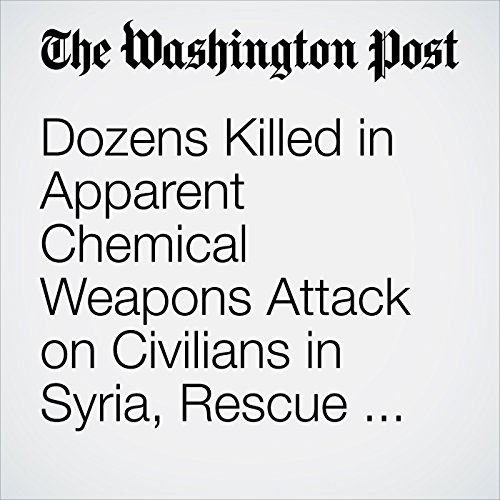 ISTANBUL — Syrian doctors and rescue workers said Sunday that dozens of people had died in an apparent chemical attack on a besieged enclave near Damascus as government forces escalated their offensive to recapture the last rebel strongholds near the capital.

"Dozens Killed in Apparent Chemical Weapons Attack on Civilians in Syria, Rescue Workers Say" is from the April 08, 2018 World section of The Washington Post. It was written by Louisa Loveluck and Erin Cunningham and narrated by Sam Scholl.