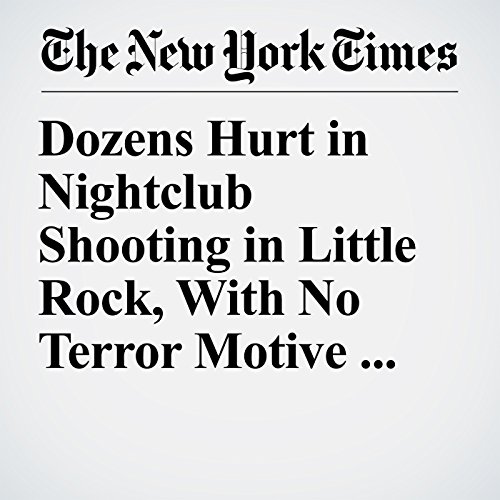 Dozens of people were wounded by gunfire at a nightclub early Saturday in downtown Little Rock, Arkansas, in what appeared to be the result of a dispute, according to police reports.

"Dozens Hurt in Nightclub Shooting in Little Rock, With No Terror Motive Seen" is from the July 01, 2017 U.S. section of The New York Times. It was written by Jacey Fortin and narrated by Kristi Burns.