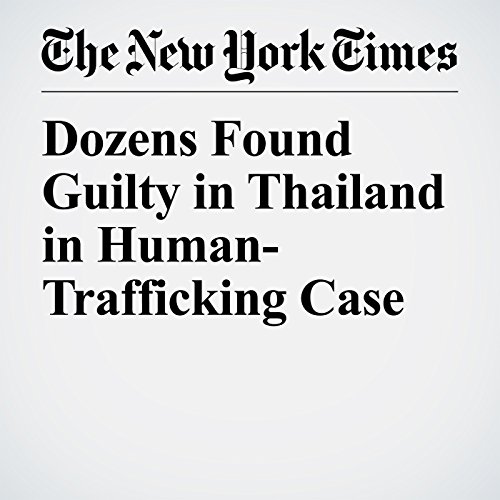 A court in Thailand convicted dozens Wednesday of organizing a human-trafficking ring that enslaved hundreds of people. Many victims were found buried in a mass grave near a secret jungle camp in which they had been imprisoned, tortured and held for ransom.

"Dozens Found Guilty in Thailand in Human-Trafficking Case" is from the July 19, 2017 World section of The New York Times. It was written by Ryn Jirenuwat and Russell Goldman and narrated by Keith Sellon-Wright.