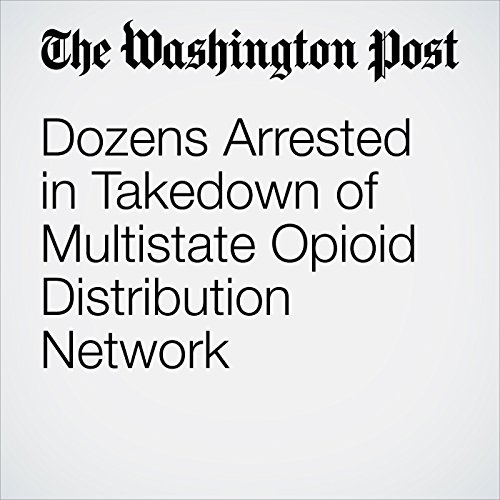 Dozens of people have been charged with distributing heroin and fentanyl in the takedown of a drug distribution network operating in West Virginia and Michigan, Justice Department officials said Tuesday.

"Dozens Arrested in Takedown of Multistate Opioid Distribution Network" is from the April 17, 2018 National section of The Washington Post. It was written by Sari Horwitz and narrated by Sam Scholl.