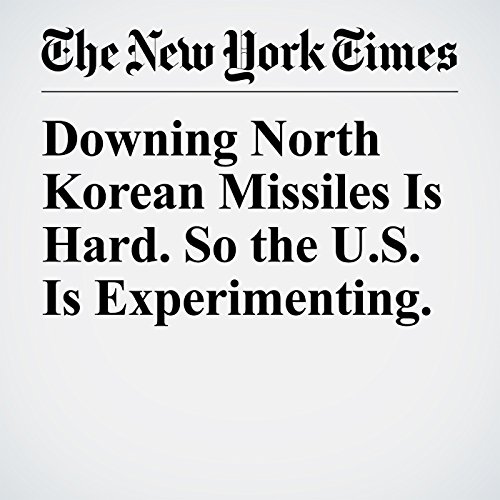 Concerned that the missile defense system designed to protect U.S. cities is insufficient by itself to deter a North Korean attack, the Trump administration is expanding its strategy to also try to stop Pyongyang’s missiles before they get far from Korean airspace.

"Downing North Korean Missiles Is Hard. So the U.S. Is Experimenting." is from the November 16, 2017 World section of The New York Times. It was written by David E. Sanger and William J. Broad and narrated by Barbara Benjamin-Creel.