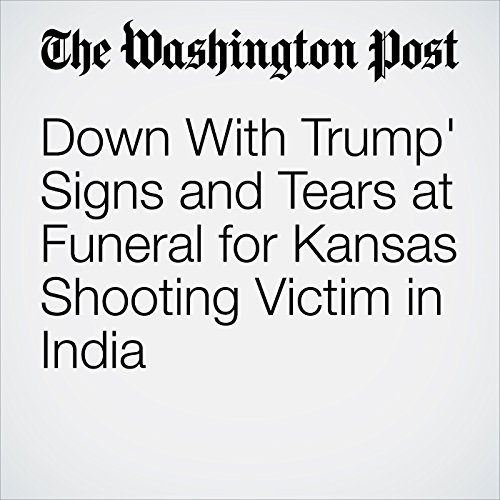 The somber gathering in southern India — nearly a week after the shooting — took on political overtones in response to a perceived anti-foreigner wave in the United States linked to President Trump’s “America first” policies. The FBI announced Tuesday that is investigating the shooting as “a hate crime,” which could lead to federal prosecution in addition to state murder charges.

"Down With Trump' Signs and Tears at Funeral for Kansas Shooting Victim in India" is from the February 28, 2017 World section of The Washington Post. It was written by Ashish Pandey and Paul Schemm  and narrated by Sam Scholl.