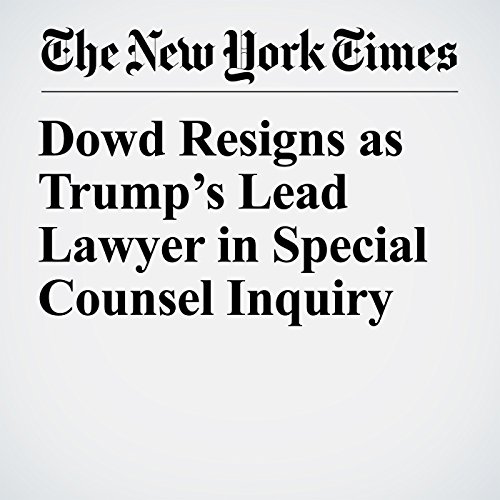 The president’s lead lawyer for the special counsel investigation, John Dowd, resigned Thursday, according to two people briefed on the matter, days after the president called for an end to the inquiry.

"Dowd Resigns as Trump’s Lead Lawyer in Special Counsel Inquiry" is from the March 22, 2018 U.S. section of The New York Times. It was written by Michael S. Schmidt, Maggie Haberman and narrated by Kristi Burns.