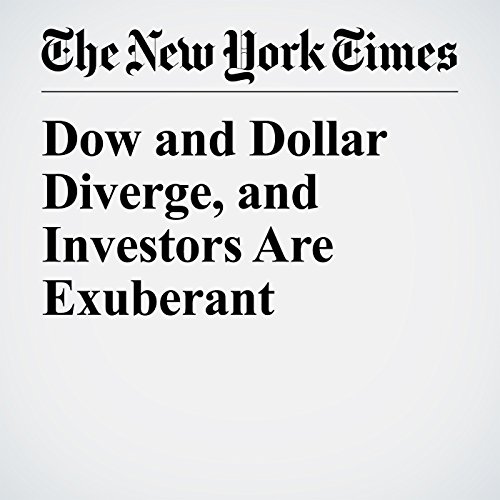 Six months into the Trump presidency, two symbols of American financial might — the Dow and the dollar — have taken divergent paths, highlighting the complexities that investors face as the global economy hums, while Washington is enmeshed in political turmoil.

"Dow and Dollar Diverge, and Investors Are Exuberant" is from the August 01, 2017 Business section of The New York Times. It was written by Landon Thomas Jr. and narrated by Keith Sellon-Wright.