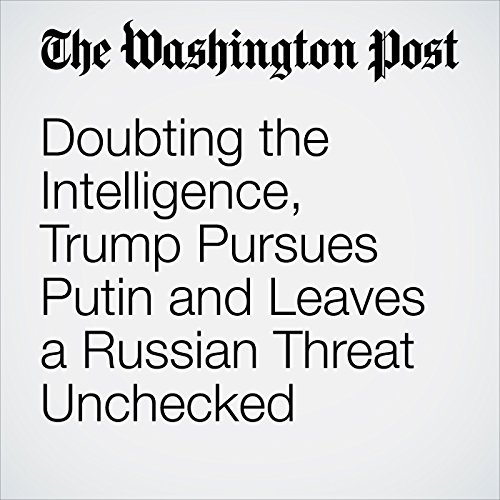 In the final days before Donald Trump was sworn in as president, members of his inner circle pleaded with him to acknowledge publicly what U.S. intelligence agencies had already concluded — that Russia’s interference in the 2016 election was real.

"Doubting the Intelligence, Trump Pursues Putin and Leaves a Russian Threat Unchecked" is from the December 14, 2017 National section of The Washington Post. It was written by Greg Miller, Greg Jaffe and Philip Rucker and narrated by Sam Scholl.