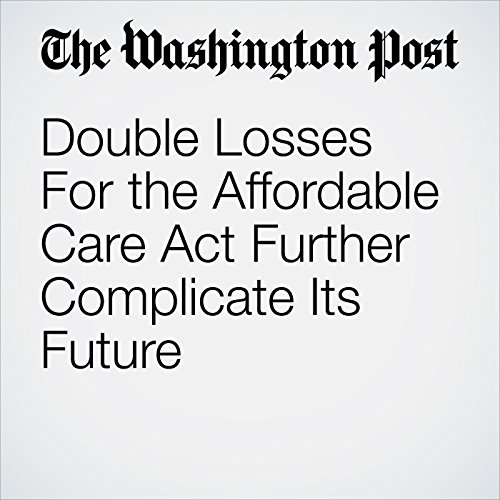 As congressional Republicans this week crippled the Affordable Care Act’s requirement that most Americans carry health insurance, they simultaneously abandoned in the final politicking of 2017 a pair of measures that President Trump and the Senate’s GOP leader had promised to help cushion the law’s marketplaces.

"Double Losses For the Affordable Care Act Further Complicate Its Future" is from the December 21, 2017 National section of The Washington Post. It was written by Amy Goldstein and Mike DeBonis and narrated by Sam Scholl.