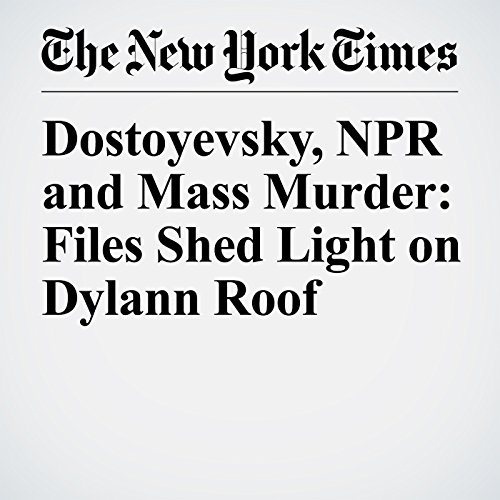 In early January, after a series of closed-court hearings, a federal judge in Charleston allowed Dylann S. Roof to represent himself as prosecutors sought his execution for a murderous 2015 rampage at a historic African-American church. Determined to block exposure of his mental health history, the 22-year-old white supremacist sidelined his expert defense team and presented no mitigating evidence. A jury took less than three hours to dispatch him to death row.

"Dostoyevsky, NPR and Mass Murder: Files Shed Light on Dylann Roof" is from the May 31, 2017 U.S. section of The New York Times. It was written by Kevin Sack and narrated by Kristi Burns.