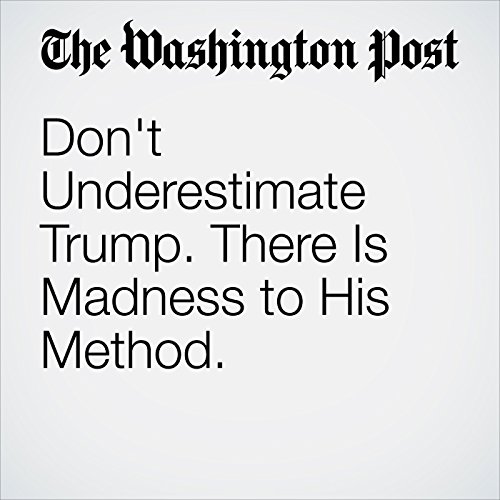 Of course, the Republicans have their jaws wired shut. They are captives in a hostage situation. A complicit one. They have volunteered to be tortured by Trump, because Trump is the key to the goal that they ache for: more tax cuts for the rich. They hunger for these cuts so desperately that they will undergo any pain or humiliation — either to themselves or their nation.

"Don't Underestimate Trump. There Is Madness to His Method." is from the January 27, 2017 Opinion section of The Washington Post. It was written by Tom Toles and narrated by Jenny Hoops.