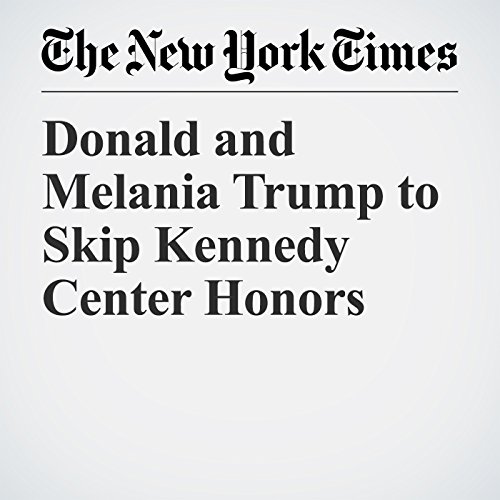 The White House announced early Saturday that President Donald Trump and the first lady, Melania Trump, would not participate in this year’s Kennedy Center Honors, “to allow the honorees to celebrate without any political distraction.”

"Donald and Melania Trump to Skip Kennedy Center Honors" is from the August 19, 2017 Washington section of The New York Times. It was written by Noah Weiland and narrated by Keith Sellon-Wright.