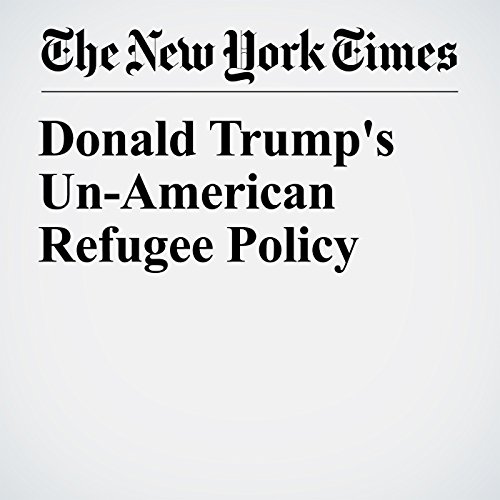 President Trump’s executive order suspending the entire resettlement program for 120 days and banning indefinitely the arrival of Syrian refugees is a repudiation of fundamental American values, an abandonment of the United States’ role as a humanitarian leader and, far from protecting the country from extremism, a propaganda gift to those who would plot harm to America.

"Donald Trump's Un-American Refugee Policy" is from the January 27, 2017 Opinion section of The New York Times. It was written by David Miliband and narrated by Paul Ryden.